Breaking In A New Cabin 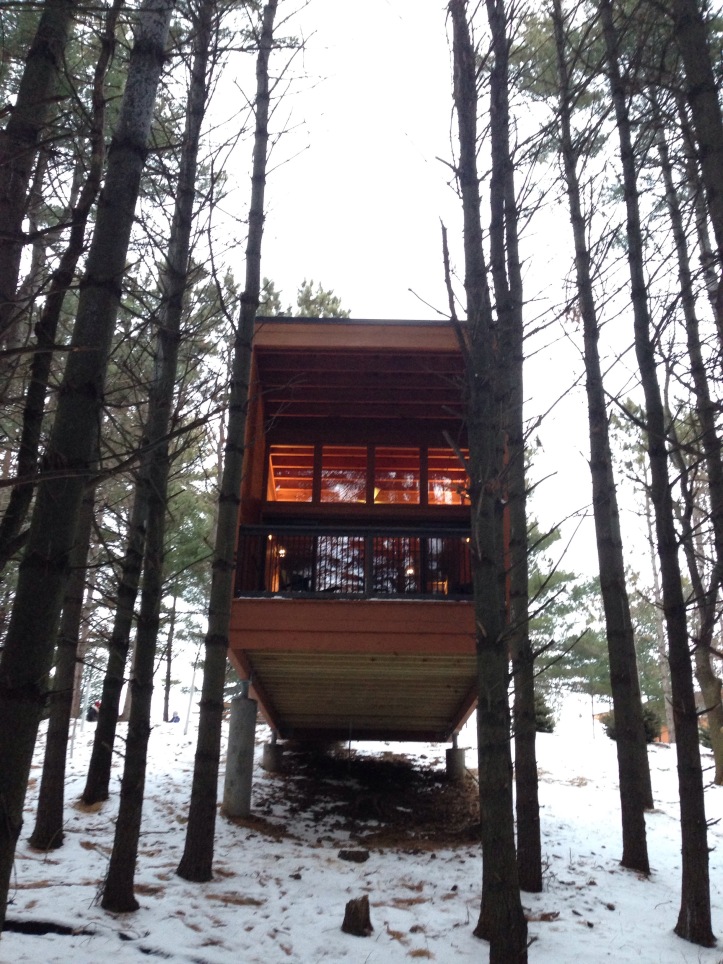 A new Dakota County regional park opened just south of St. Paul on the border of Rosemount and Farmington. It’s called Whitetail Woods. The park has a few miles of ski and hiking trails, but the main attraction has been the camper cabins, which welcomed their first guests around Christmastime. Reservations for these cabins opened to the public on December 1 at 10:00 a.m. Fifteen minutes later, the cabins were booked until April. Thanks to a diligent Audra, we were able to book a cabin for New Year’s Day.

When we arrived, it was easy to see why reservations were quickly filled. The cabins have stunning design, making for a cozy stay and fitting with the surrounding pine stand. Each cabin sleeps six–two full beds bunked near the door and two matching daybeds across the 200-square-foot (or so) room near the door to the balcony. Between the sleeping areas is a dining table and a food preparation area. The ceiling begins at a standard 10 feet, angles away from the entrance and reaches 16 feet at the balcony end, with floor-to-ceiling glass allowing a tall view into the equally tall conifers. The ceiling has open wood beams and the wood floor matches the color of the pine needles on the forest floor.

Each cabin has its own fire area and picnic table, which we took advantage of immediately upon arrival. Around the fire, we caught up with friends who were in from Iowa City. Conversation topics included camping; biking; Thailand; Decorah, IA; and pet ducks named Webby. When we exhausted our wood supply, we retreated indoors for dinner and a night of board games and beer.

If you make it down to Whitetail Woods, be sure to hike around the park. If there is enough snow and trails are groomed, ski the park instead. Trails were about six inches short of the grooming threshold when we stayed. Cabin checkin time is 3:00 p.m., so arrive around 1:00 p.m., get in a couple hours of hiking/skiing and retreat to the cabins when you can check in. Oh. And don’t forget the beer and wine.