Patagonia released DamNation, a documentary about removing deadbeat dams–dams that were once built for hydroelectric power, flood control or transportation, but now don’t provide much value. I wrote about the documentary earlier this year in my post about removing the dams on the Kinnickinnic River. DamNation is a documentary that inspires viewers to take action. If you download it online, you’re shown a link to sign a petition to encourage President Obama to crack down on deadbeat dams. When I watched the documentary at a screening hosted by the Patagonia store in St. Paul, an actual petition was on hand. I was thrilled to see Patagonia take such a bold approach and encourage such actions. While most brands play it safe, for fear of losing sales if they say/do something polarizing, Patagonia is vocal about its brand values. DamNation is just one example of Patagonia’s activism and values in action. 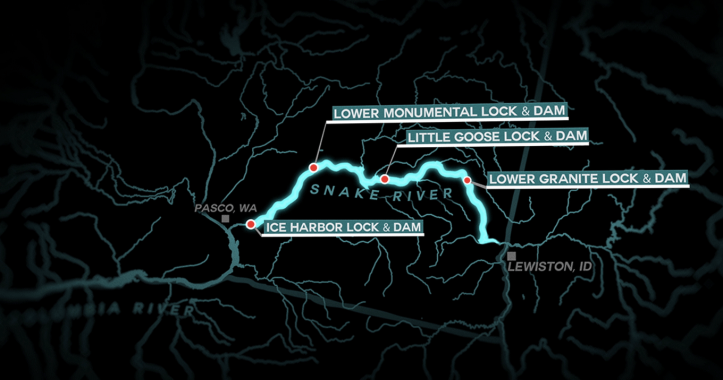 Following DamNation, Free The Snake is an extends the dam-busting messaging. It is seven minutes and thirty seconds of reasons to remove four dams in the Lower Snake River. This is river that runs from the Pacific into the Rocky Mountains of Idaho. Before the river was clogged with dams, salmon would run from the ocean, up hundreds of miles of river, and end in the small streams and Snake River backwater of Idaho, a landlocked state. While the benefits of restoring the river are apparent, Free The Snake provides further evidence. For one, the state of Oregon spends $1 billion/year on salmon recovery alone, money that could be saved if rivers were not clogged with dams. There is more factual goodness in the documentary, but I won’t spoil it for you. Watch it yourself.

Rather than embedding the video into the post like I normally do, I encourage you to watch the documentary on the Patagonia website. At the site, you’ll find more information about Patagonia’s efforts to remove the dams and a link to a petition to be sent to President Obama. Watch the documentary, sign the petition, take action, tell others.