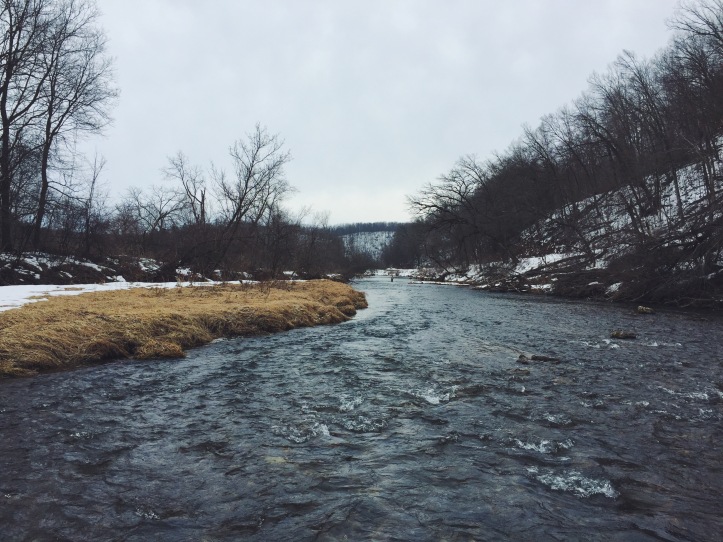 February isn’t typically a fun month to fly fish. Rivers are quiet, yes, but it’s usually cold, rivers are lined with ice, snow could turn to rain whenever it damn well pleases, and there’s always a risk of your reel freezing. Fish are generally sluggish, as well, as hatches are few and far between, save for sporadic midges climbing mounds of snow like first ascents. Today wasn’t like that.

I knew something was different when we were swatting flies while setting up at the car. Fortunately for us, midges aren’t like mosquitos–when they fly at you, it’s generally by chance because they aren’t looking to bite anything. When you take a midge to the cheek, you kind of smile because it means there will be active, hungry fish in the river nearby. The horde of stoneflies on the bridge was another good sign, unusual as it was. So the nymph rig I had tied on had to be perfect, right? Wrong. 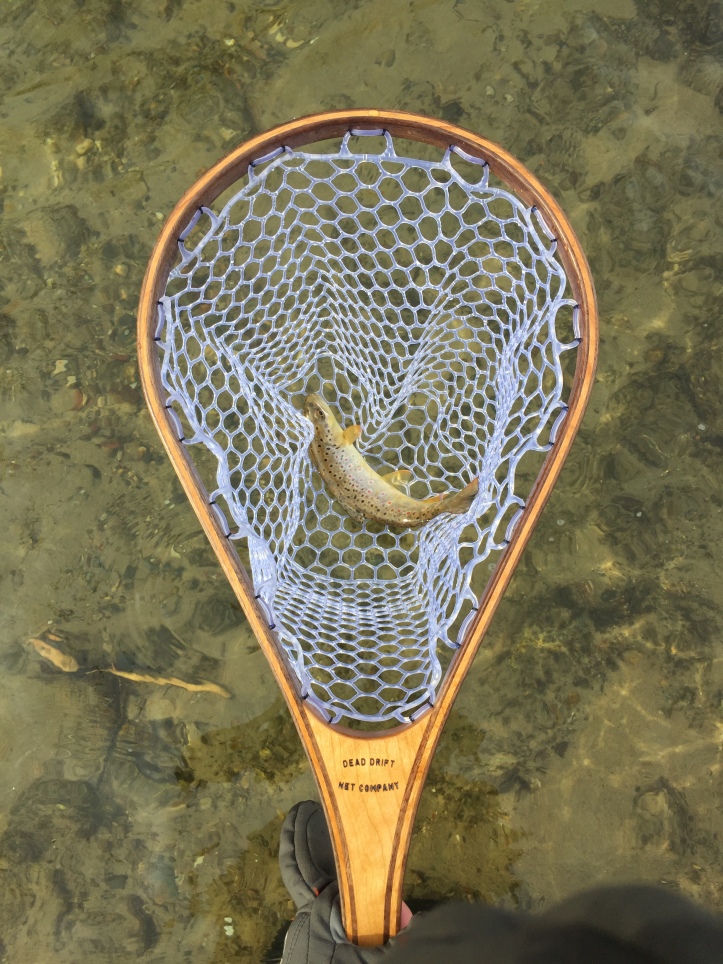 The first rising fish I noticed was mistaken for falling snow from an overhead tree. The second riser warranted a look up to see no snow on branches. Then I knew it wasn’t a typical day in early February. And after not getting even a bite on my nymph, I switched to dries. The next three hours were my best day ever on the Rush River.

I’m not used to catching fish on dry flies before March. Friends told me of browns hitting blue-winged olives in January. We should still be setting strike indicators and losing bugs on rocks and sipping whiskey to stay warm (or at least feel warm). Catching a trout on a dry fly is one of my favorite things to do in life, and I’m not complaining, but maybe it shouldn’t be this warm so early in the year. And maybe, just maybe, the warmest year on record might have something to do with this. 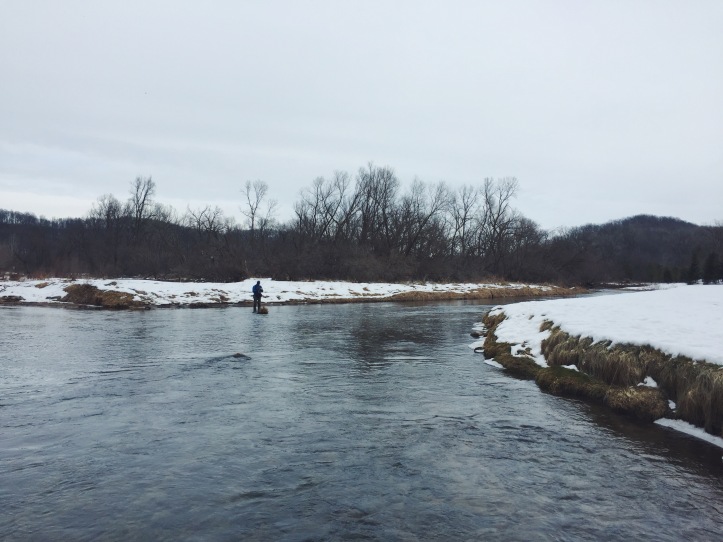 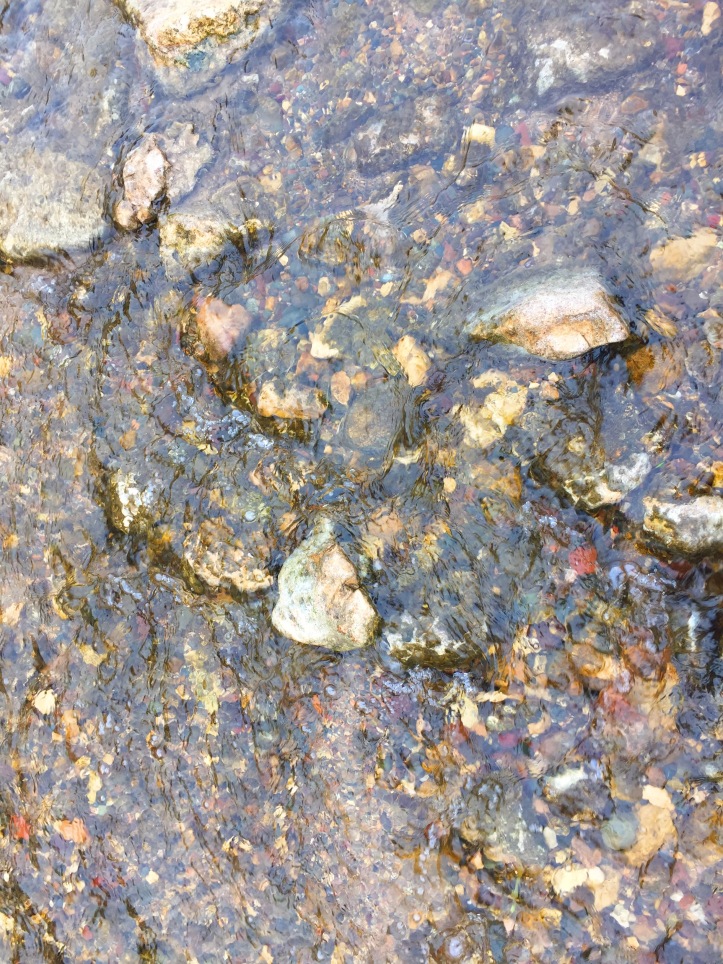 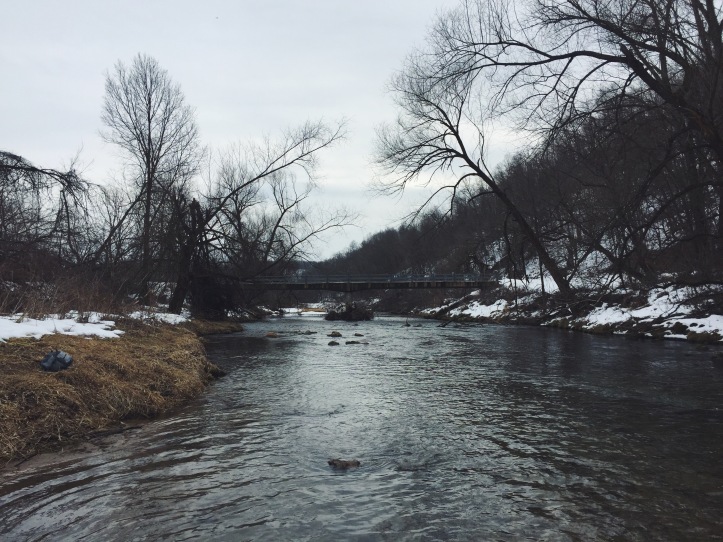