You wake up before your alarm. It’s 4:45am and the dew on the trees above your tent is starting to coalesce and drip. You’re not sure if anxiety or doubt is the reason for your awakening–anxiety because you drove four hours for this race; doubt because it would be easier to sleep in and fish all day than ride 60 miles on gravel. You go with anxiety and load up the car to get to the starting line. Fishing (and doubt) can wait until tomorrow.

Le Gran du Nord is part of the Heck of the North gravel race series. They run 100- and 60-mile races. I chose the 60 (billed as 50 because 10 of the 60 miles are on pavement). It begins and ends in Grand Marais on the shore of Lake Superior. The starting line is in downtown on a dead-end road that leads to Artists Point, while the finish line ends at Voyageur Brewing.

The locals I spoke with on the road said that day was the nicest day of the season so far. I believed them. Lake Superior can make for harshly unpredictable weather. You can get a rainy June high of 45 degrees with a wind off the lake one day, then 80 with wind from the west the next. Patchy fog on the way up Highway 61 dropped visibility down to 100 yards, then cleared up just before the race to a blue sky high, thin clouds. It rained the day before, packing down the gravel and making for a relatively easy pedal.

After the first six miles, the pavement ends and a gravel road goes uphill over the divide. It was two or three miles of up, up, up, and up some more. Grade wasn’t an issue. Boreal forests lined the roads, occasionally giving way to northwoods lakes. Dogsled-crossing signs exist. Gnats were plentiful and slow. Wind? What wind. The first half was climbing with a few quick rollers, then the back half was mainly downhill.

At mile 53, the route crests a hill, yielding a stellar view of Lake Superior. The following several miles were all down hill. We maintained 30 mph for the last bit of the course. When you’re envisioning a beer as a proverbial carrot dangling at the end of a stick in front of you, the faster you can finish the race, the better. I still rode the brakes a bit because I didn’t want this course to end.

See you next May, Le Gran du Nord. 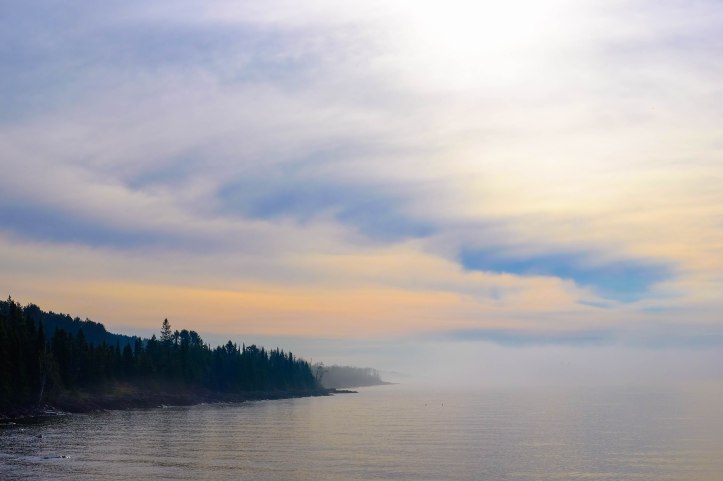 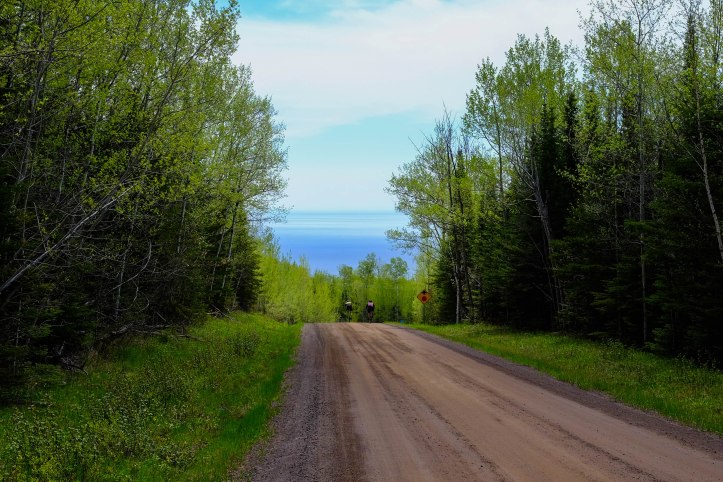