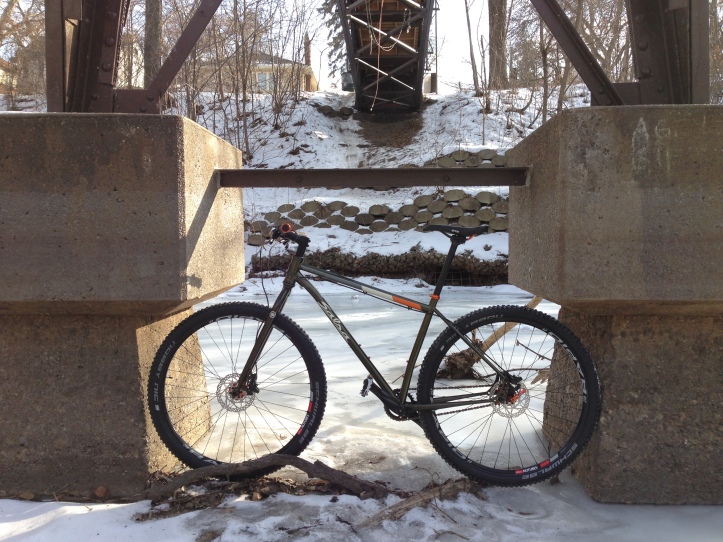 It’s the best day of the year. I’m surprised the federal government doesn’t recognize it. And even more surprised Hallmark doesn’t make a collection of cards celebrating purchases of the two-wheeled variety. You’d by a New Bike Day card for a loved one, right? I’m sitting on a gold mine.

This Salsa El Mariachi Single Speed is a bike I’ve been eyeing up for months. Before I could purchase the bike, I told myself, I needed to sell two of my other bikes. My stable at the time consisted of one road bike, one CX bike and two single-speed road bikes. The only bikes I regularly used were the road bike and one of my single-speeds. That meant the CX bike and an older road single-speed had to go. The single-speed was the first to depart. I sold it for $200 and 12 bottles of Deschutes Black Butte Porter. The CX was a little harder to sell. It was posted on Craigslist and a bike forum on Facebook for a few weeks. After some patience, a nice dude came and picked it up yesterday. Green light for new bike.

Some people refer to single-speed mountain bikes as idiotic. “Why wouldn’t you have gears if you are going to ride hills?” they ask. With a gear ratio of just below 2:1, I didn’t see a concern. Simple is better, anyways. No need for gears and derailleurs and shifters and speeds. One is all you need.

I was pedaling as soon as I got home from Angry Catfish. I biked from my house down to Minnehaha Creek. Minneapolis has some stellar trails in Lebanon Hills, Theo Wirth and a few other places, but I didn’t have the time to load up the car for a trip. While the creek has paved trails running alongside the water from Lake Harriet to the Mississippi River, it has some dirt–err, snow–trails as well. The ice is thick this time of year, which allows for biking *on* the creek. It can be slick, but it is a trip. My new bike and I traveled up the creek to the lake, rode to the other side on the paved trails, then crossed the lake on the ice, passing fishermen and kite fliers. No fat bike needed to cut through those snowdrifts.