Winter on the Gallatin 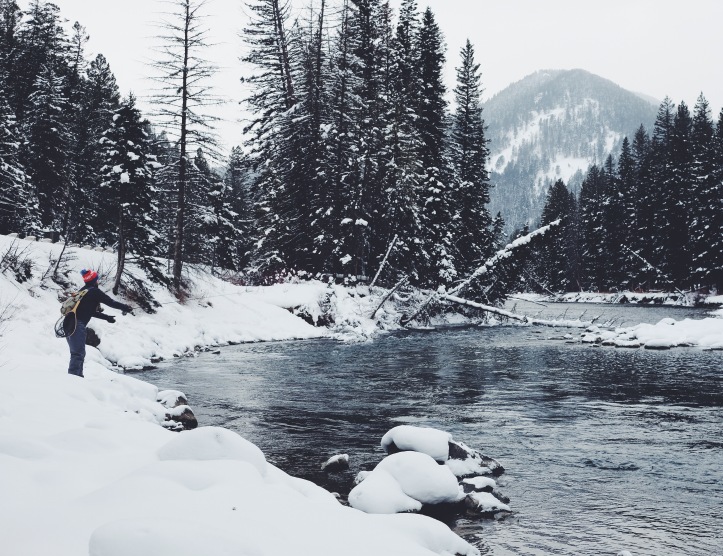 When you spend a full winter without a fish on the line, you can understand why I would question if bringing my fishing gear to Montana is worth it. My trip was meant for skiing and breweries. Adding waders, rods and reels, a net, boots and fish food to a compact car full of three people (including myself) and ski gear wasn’t on a list of good ideas with last year in mind, but I did it anyways.

We arrived on December 26th. Half of the shops in Bozeman were still closed for the holiday. The first shop I visited was locked up with a message of good tidings on the door. Fins and Feathers was open. When you take the left turn following highway 191 south into Big Sky, you can’t miss the place. It’s the kelly green building on the corner. If you somehow do miss it, I’d get your vision checked.

Midge patterns, rubber legs, copper Johns and San Juan worms were working lately. The guy working the counter is from southwest Minnesota. Not sure what it is about us Minnesotans, but we’re everywhere. A guy I met at a fly shop in Big Sky went to high school with Audra. Shane or Scott or Sean was his name. Like Lloyd Christmas, I know it starts with an S. 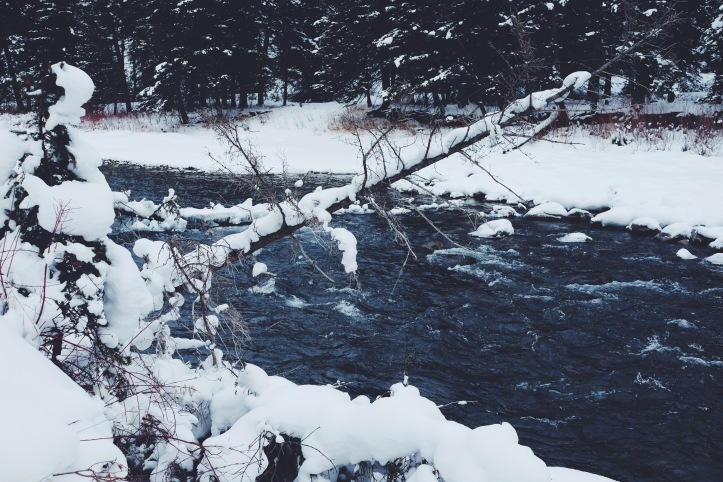 “It’s warm today, but the next few days should be cold. Wait until the weekend to fish if you can.” I couldn’t. My car was heading back to Minneapolis on Friday. Into the cold I went.

The first day was shit. I parked my car in the first spot I could find on highway 191. It was 15 degrees. Rubber legs and midge patterns were on the menu I set. A guy was working a pool under the next bridge. I fished upstream from him for 20 minutes until he left, then made my way over to his vacated water. Trout everywhere. But they were into what I was throwing. No fish for Kurt.

Day two was a different story. I parked at another spot along 191. The river bent after it passed under the bridge up against the canyon wall and made a big pool. I fished a zebra midge beneath a rubber legs for about 45 minutes until rainbows started to chase bugs out of the water. The temperature was 12 degrees. Nothing was hitting my nymphs so I switched it up and tied on a dry fly. Nothing. Hey, it was worth a chance.

Just before I was ready to pack it up, an enthusiastic dude hustled along the opposite bank from his truck to the next hole down the way. “What a day! How ya doin’ so far?” He asked.

“Nothing so far. Just watching some rising rainbows. Still a great day.”

“I fished this hole yesterday. It fished nicely. What are you using?” he hollered back.

“Rubber legs and midge,” I responded.

“Try the San Juan worm. They loved the worm yesterday.” He was on the next hole within minutes, a bent rod on the first cast. With a rainbow in his left hand, his right hand making an emphatic thumbs up, he looked at me and let out a cheer. I gave him a thumbs up back. What a great fucking guy. No wonder he was hustling along the far bank a few minutes prior. He loves his fishing.

I looked through my fly box for a worm and found just one. The knot I used to tie it on somehow looped over the top half of the worm when I pulled it tight. With my hands freezing, daylight slipping away behind the canyon wall and no other options, I nipped off the extra line and pitched it all into the hole.

Within 10 seconds, I had a fish on. A nice rainbow. Two casts later, another fish. A few casts after that, another, and it didn’t stop there. I was catching fish as long as I wanted to stand there. A cold, shitty day turned into one of the best fishing days I’ve ever had–summer or winter.

Hauling all of my gear 1,200 miles across the country in a tiny car with two other people and skis and their gear and food and everything else turn out to be one of the best ideas I’ve ever had. 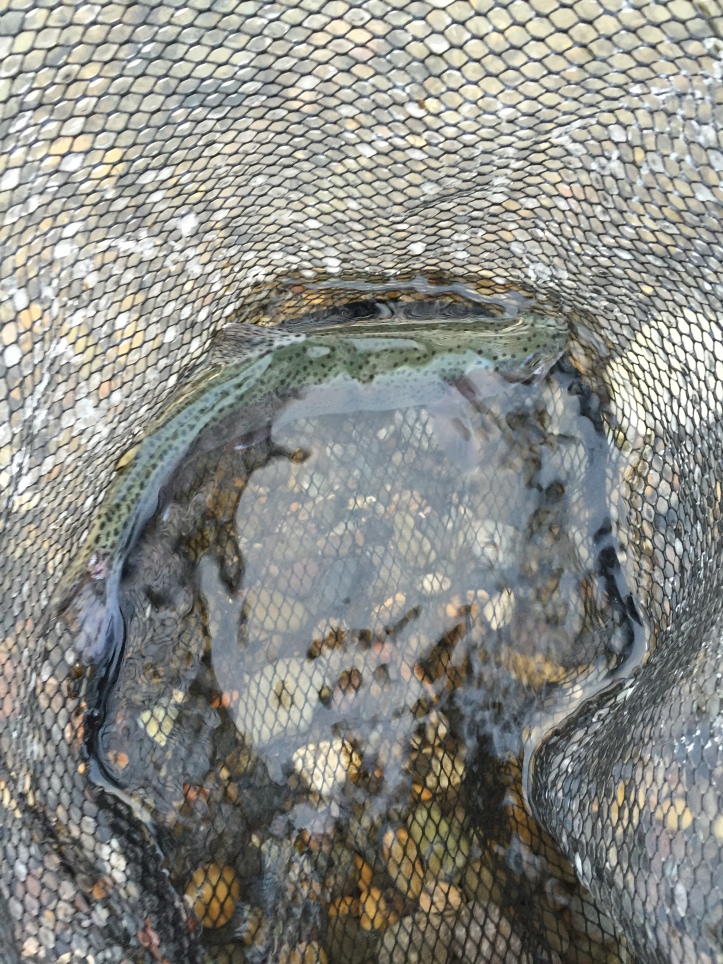