Always bring a tent. Even if you think you’ll sleep in your car instead. Even if you’d rather not set up said tent at 11pm. Even if you’re just lazy. I learned this lesson because mosquitos can squeeze through cracked windows, bite you in the night, and leave blood spots on the interior roof of your car when you rage-kill them all at 3am. Always bring your tent.

We left Minneapolis at 7:30pm, with the goal of the trip to take photos for work the next afternoon. Traffic was considerably better than we usually see it driving up during peak time on Fridays. The gas station in Beaver Bay closed at 10pm. We arrived at 9:55pm, just in time for firewood and a bag of shitty tea because I forgot the Earl Grey in Minneapolis. Six-dollars later and lighter–they didn’t charge for the tea bags and they honestly looked concerned because it was just an unpackaged bag of dried leaves without water and people don’t normally do that?–we were on our way to the site and a night of blood-stained upholstery. Sleep didn’t come, but that was OK. At first light, we took our fishing gear, oatmeal, fruit, and unsheathed tea bags to the river. 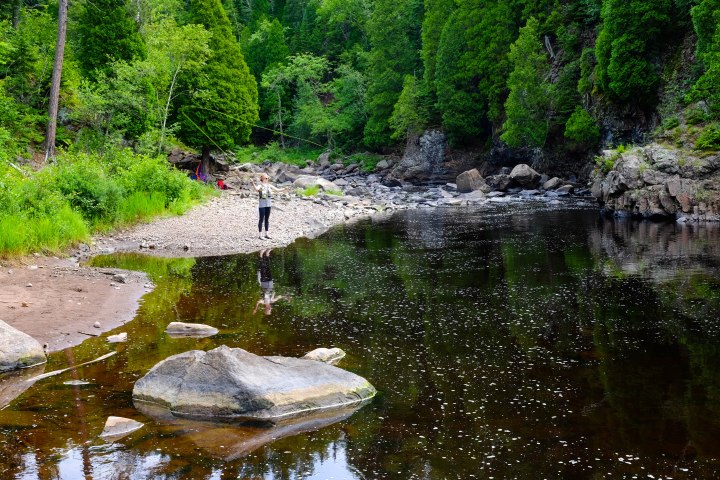 One thing I truly love about river fishing is watching the geography change during the year. High water and ice in the spring, sporadic flooding in the summer, and low, slow currents in the fall. Rocks show themselves and hide just as quickly after storms. Pools can double in size and nearly disappear. In the steep valleys of Driftless, it isn’t unusual to see driftwood lodged in trees above your head on the banks. Trout and fishermen alike are really just passengers on the rivers that bring us life and joy.

We spent most of Friday casting dries into slow currents. First it was minnows that were biting, then we got into rainbows. These weren’t rainbows like I usually catch on the Baptism, however. I’ve caught rainbows on this river that were nearly black like the volcanic rock that steers the water, and others that were blue and shiny like the lake. But these ‘bows were rusty, like the iron and pine that stains the water. I’ve never caught a trout I didn’t admire and these were no different.

If it weren’t for the photos I went up there to take, we would have stayed on the water until dark, with a quick break for lunch, of course. But alas, work called. We got our photos and headed south down I35, escaping two severe storms and a high-speed police chase in the process. Helluva fucking 24 hours, I’d say. 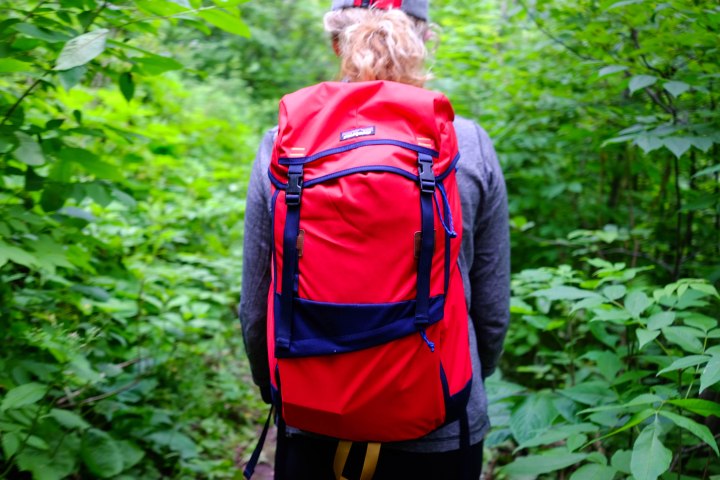 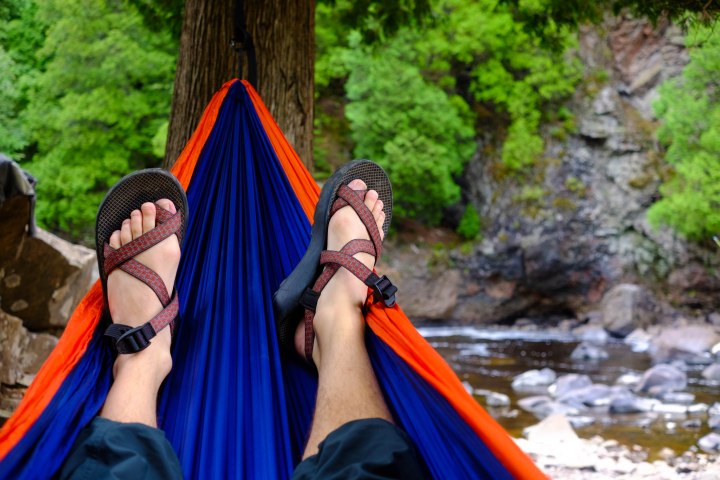