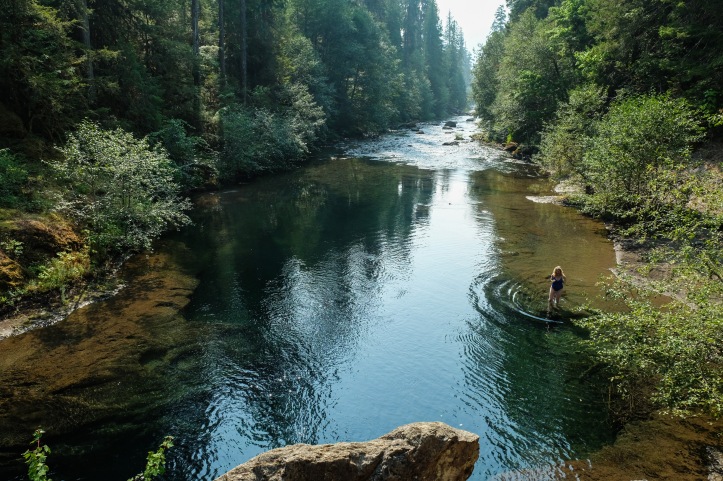 It’s not the most storied river in Oregon. When it comes to fishing in this state, I’d be surprised if most folks even mentioned the Breitenbush. It begins on the slopes of Mt. Jefferson and ends in Lake Detroit, and it’s as cold in the summer as most northern rivers are during spring runoff. My Portland friends said the trout are many in number, but small and require boulder hopping to find them. I was sold.

A wedding was the reason for our trip. But if I’m anywhere near trout water, I’m bringing my gear. A Toyota Corolla carried us the 90ish minutes south from Portland. The Willamette valley held smoke from wildfires in southern Oregon and northern California. Skies were clear and white. Any hint of blue was masked in high haze. I was hoping to see mountains on our drive down I-5, though I was out of luck. Even in our drive up the Breitenbush valley, all I could see was trees. Mountain ridges were blocked by the smoke. 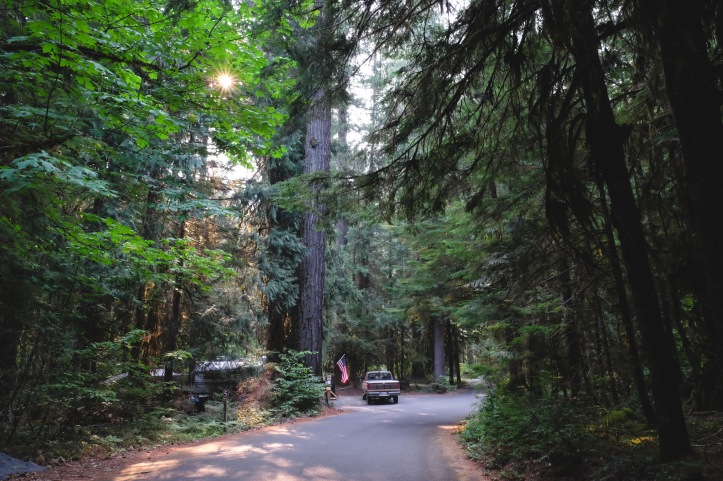 A short hike down the trail at campsite #13 was access to the water. A bend in the river at a cliff made for an emerald pool eight feet deep. And just over a short riffle was another pool, this one had a depth of 12ish feet. The water was clear as gin and the pools were a deep blue-green. Oh, and it was FRIGID. I could only take 10 minutes of wet wading before I had to think about the circulation in my feet. It was that cold. I loved it.

The chilly, shaded river bend made for rising fish all day. We had success with small caddis and sulfurs during the day. Any pool with fast water at the front was active enough all day to allow us to camp out for hours. Daytime temperatures were in the 90s, but by the river, things were much, much cooler. Once the sun set each night, the river boiled with rising fish. You could catch rainbows as long as you wanted to stand there. Throw whatever bugs you want, and you would get into trout. I fished every night until I couldn’t see my fly and my last cast was always a fish.

While Oregon is known for steelhead and mountain cutthroat, the Breitenbush is absolutely not that. Only visit this river if you enjoy being the only person fly fishing in sight, emerald pools, and all the rainbows you can catch. 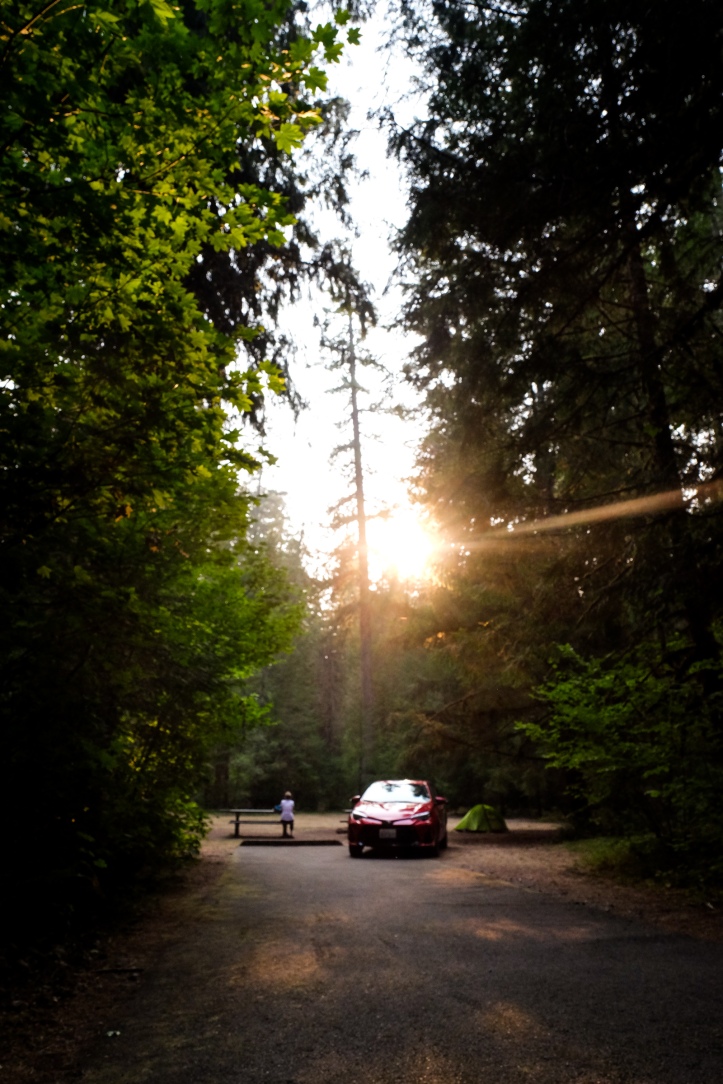 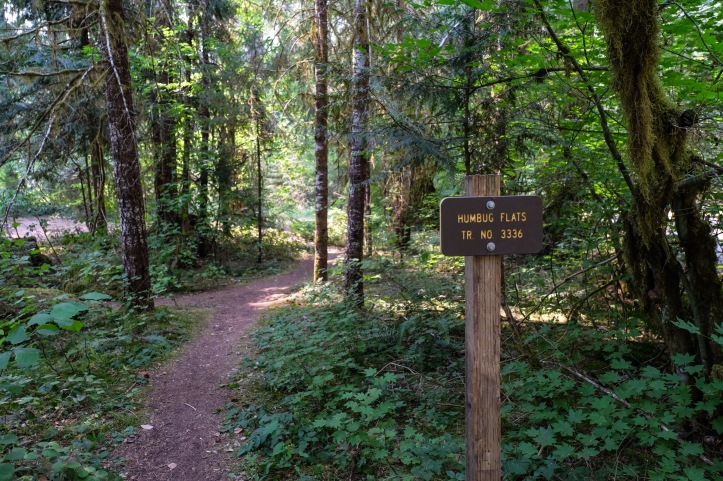 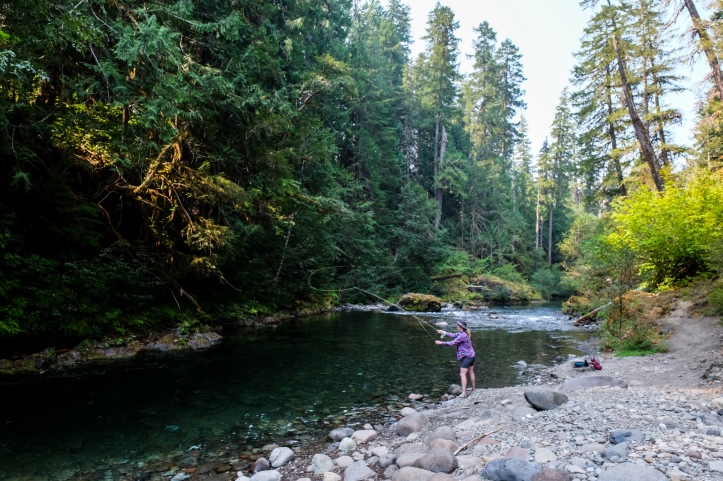 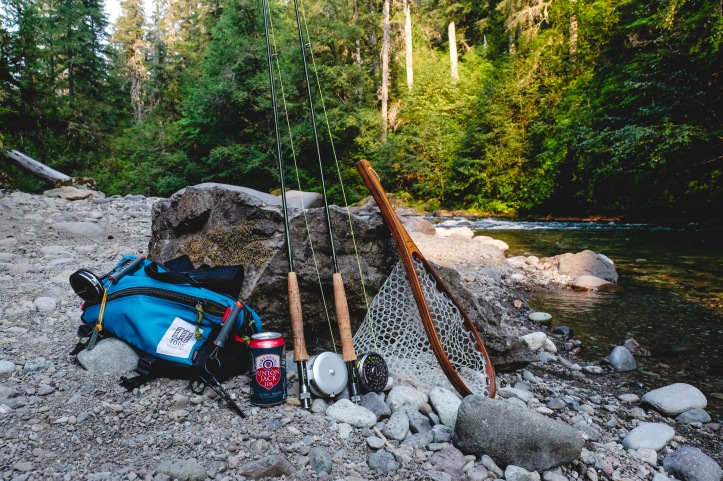 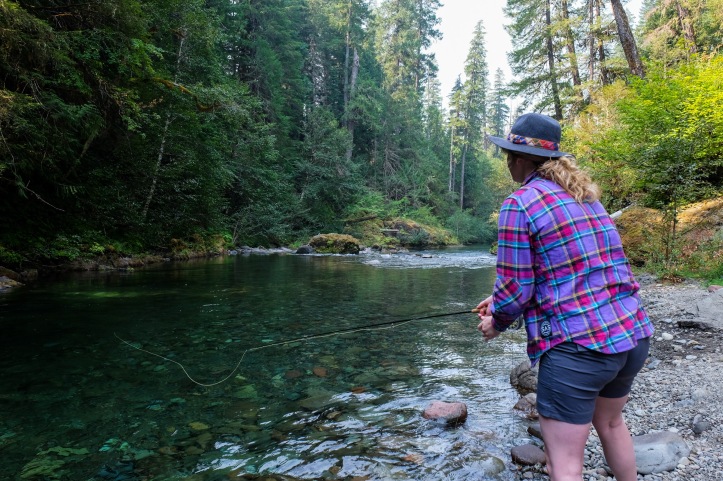