So. We thought the Minnesota trout season was over. We were wrong. Thanks to some new regulations, fishing in state parks is catch-and-release all year. It seems we’re in for for more adventures.

But first, to close out a stellar weekend on the Whitewater. 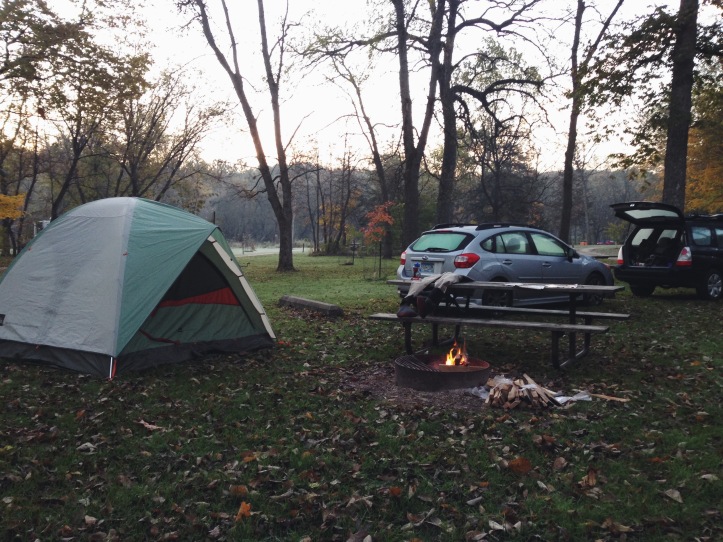 Temperatures in the campground hit 25F that night, which was fun because the forecast said the low would be 38F. *takes mental note to bring heavier sleeping bag next time.* We woke up to fly of the tent coated in ice. This makes sense because the surprisingly low temperature dropped well below the dew point. It’s a good thing we ate all that pizza at the tavern the night before. Oh. And the beer. The beer helped.

Everything left in the cars and on the picnic table was frozen. Our waders and boots were stiff and crisp. Rather than waiting for them to thaw out in the car with the heat on full blast, we decided to burn all of our remaining firewood. We draped the waders over the table and set the boots next to the pit. Within a few minutes, steam was rising out of the boots. The waders were kept far enough away from the fire so they wouldn’t get too hot and subsequently melt. In the meantime, we were able to tear down camp, load up the car and head to the river. After some Early Grey and Bulleit, of course–my camping specialty. 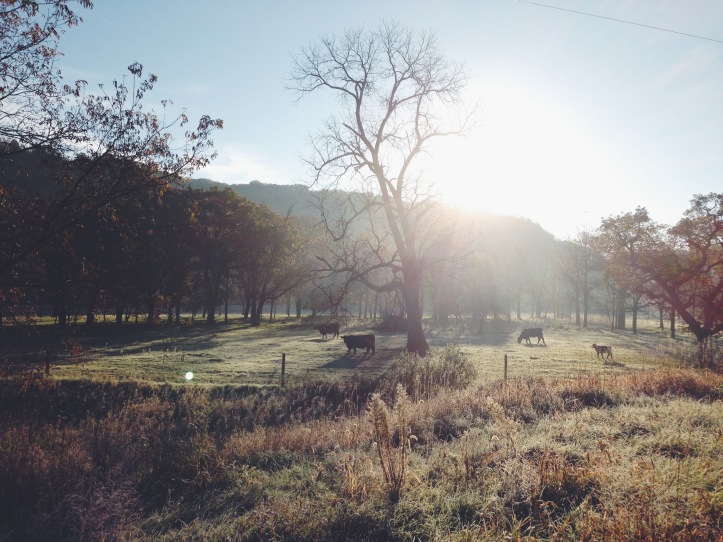 Our spot was about 10 minutes away from the State Park campground. Fog was hanging in the air, fighting off the strong autumn sun. It was no match. Within an hour of the sun rising over the valley walls, the temperature jumped 10 degrees. Since I’m notorious for over-layering, it should come as no surprise that I was sweating within 45 minutes. Thus the benefit of layers. 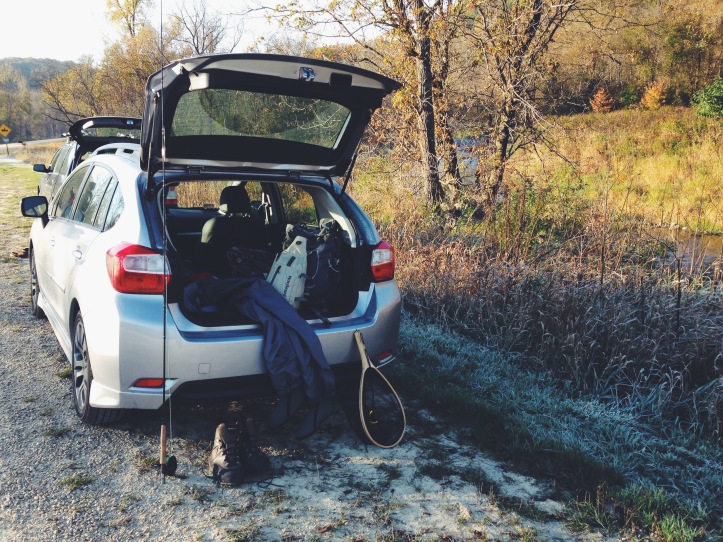 The next couple hours were spent double nymphing fast water and deep pools. The river was only about 12 feet across and would switch between 30 yards of fast water and sudden pools between five and six feet deep. Between each section of fast water and pools was an array of logs and branches. Ideal for fish, but not lazy fishermen.

Temperatures climbed out of the 20s into the 50s by 11:00am and I was able to find some slower water to work with a dry fly. Nothing was really rising until I found that slower stretch, which makes sense because it meant warmer water. First, I saw a 12″ brown. Then a 10″. Then another 12″. As time went on, the trout piled up. The wind increased, too.

I threw a couple flies at the fish. First was a hopper and a nymph. Then a BWO. Then, a caddis. After placing the caddis right in a feeding lane of a brown, it didn’t take long to hook into something. 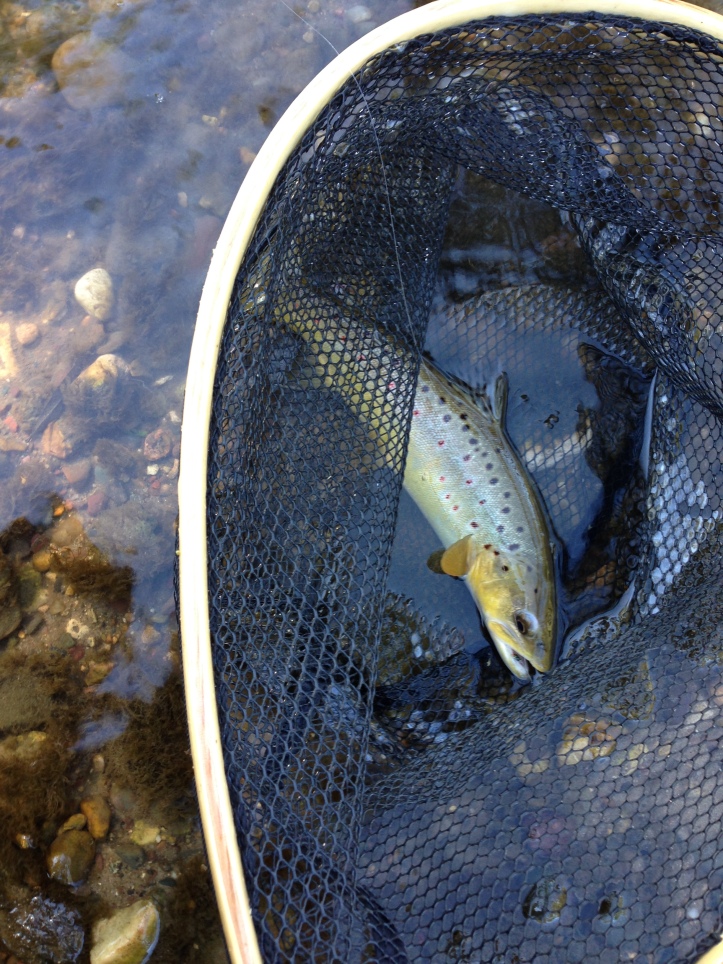 What began as the last weekend of the season ended as the first of many fall and winter Whitewater River adventures to come.