Wisconsin Trout Season Goes Out with a Meh

Yep. Skunked. On the last day of the season.

The closest quality trout rivers from Minneapolis are just over the border in Wisconsin. Rivers are lined up from west to east. The first river Minnesota fishermen come to on their journey east is the Kinnickinnic. It runs through River Falls, WI and is known for its abundance of browns. The second is the Trimbelle. It’s a smaller river with big fish. The third, and most popular, is the Rush River. It is known for its big browns and bluff-lined banks–absolutely beautiful scenery. On week nights, you may even come across fishermen who skipped out of work early to get extra time on the water.

That’s exactly what we did. 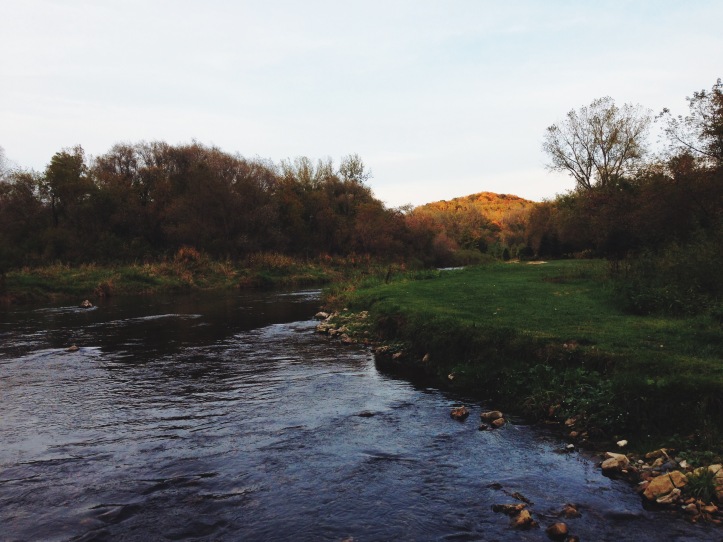 We arrived at the river and found more cars than normal lining the various pullouts on the winding county road. It wasn’t a good sign. The sun sets before 7:00 this time of year and it was already 5:15. If a spot is already full, you need to find another spot, which could mean an additional 15 minutes before you can make it onto the water. If the next spot is full, you need to find another. So you could imagine our relief when we saw just one guy near the bridge we use to access the water. Phil asked him if he was planning on working upstream or downstream. He said he was going to sit in just one spot, atop a sandbar at the end of a stretch of 200 yards of slow water. After we got onto the water, I looked down the river at the old man and he was lying down on the sandbar. LYING DOWN. I’d be lying if I said I wasn’t jealous. (That was a pun). The man also said we just missed a hatch. Since trout have tiny bellies, this could mean they wouldn’t be feeding. If the title of the post didn’t spoil it, missing the hatch meant the trout weren’t feeding.

Still. We weren’t going to be discouraged by being tardy on a hatch. Fly fishing is more about being in nature than it is reeling in trout. This is something I tell myself to keep myself sane and the frustration of being skunked at bay.

Before walking down to the water, I waved my cap through a swarm of freshly hatched bugs. Olives. And they were tiny. The smallest olives in my box are size 18. In an ideal world, I’d be throwing 20s or 22s, but you make with what you’ve got. 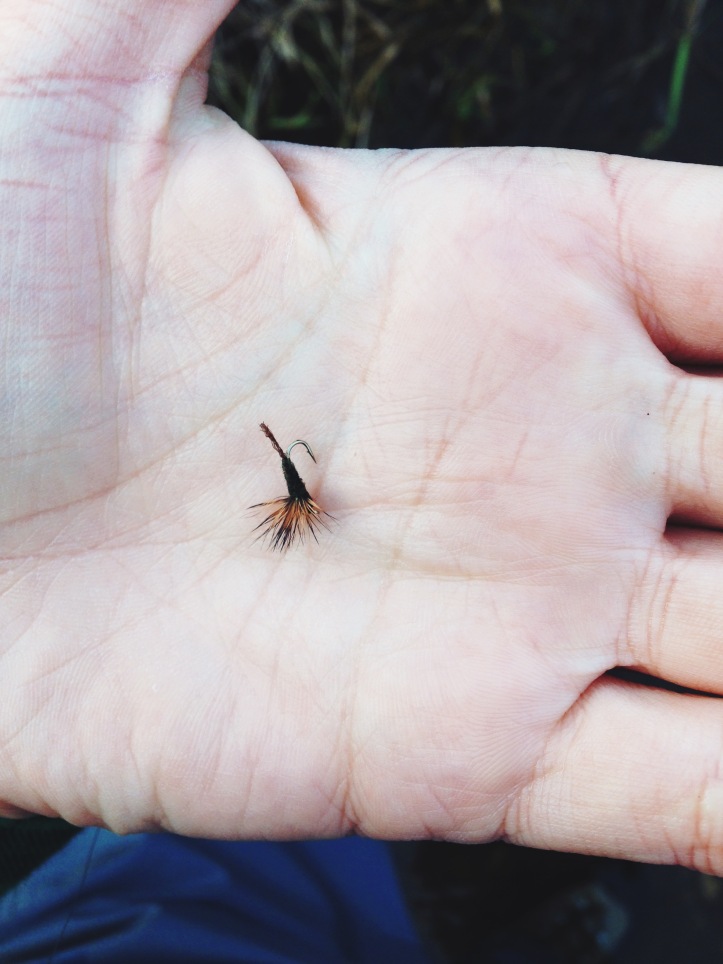 This is a stretch of water we know pretty well, so with less than two hours to fish, we cut to only the spots where we know there are bigger fish. None of the usual spots yielded much in the way of rising fish. Phil saw a good-sized brown where he is fishing in the photo above. We couldn’t find the riser so we moved on.

I started working an area where I’ve seen a school of 20+ fish ranging from 7″ to 15″+. It was quiet. Nothing was happening. I tried working an olive, a hopper and stopped short of nymphing because, hey, dry flies are more fun. Phil worked around me and was able to get into a small brown. It was the only fish I saw all night.

A group of deer worked there way across the river as we were making out way back to the car, reminding us that fly fishing is much more than catching fish. We were fine with that because we had whiskey in the car, thus concluding the Wisconsin trout season.

Until next year, Rush River.